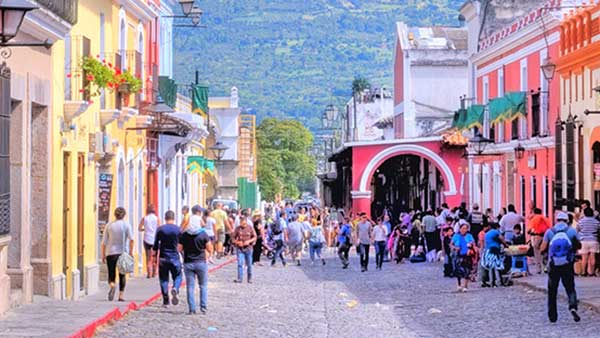 Whether we’re talking telenovelas, streaming news in Spanish, or a good old fashioned Netflix binge, video has the power to open your eyes and ears to all the contours of a foreign language and let you dive in brain-first.

That’s why YouTube should be one of the main ingredients in any learner’s recipe for Spanish fluency.

The following videos are presented more or less in order of difficulty, from videos more geared towards beginners to those that demand a higher level of fluency to understand and enjoy. Try to push yourself and venture outside your listening comfort zone, as these channels get more interesting and enjoyable as you go!

Channels like Butterfly Spanish are the pan y mantequilla of language learning. This channel features a native speaker, Ana from Mexico, guiding you through basic Spanish subjects with her whiteboard and her own native insight. This video on the differences between ser and estar is a good example of Butterfly Spanish’s videos, the kinds of back-to-basic refreshers most of us can use now and then at any level.

Sometimes it’s helpful to hear a native English speaker guide you over some of the hurdles we face as learners. The Spanish Guy does just that with his relatively long instructional videos on vocabulary, grammar, and culture, like this one on por vs para.

FLAMA and its popular series Joanna Rants is probably the most accessibly hilarious YouTube channel for English speakers with some understanding of Spanish. Venezuelan Joanna and her team bring a youtubey Millennial brand of humor to topics like Spanish accents and the various cultures of Latin America. This recent video on “accidental Spanish cursewords” is quintessential FLAMA: you’ll laugh out loud and learn about the complexities of Spanish slang at the same time.

TED lovers will be glad to know that there’s an entire YouTube channel devoted exclusively to TED talks en español, where you can learn about the world and ideas while also reinforcing your Spanish. This Spanish language TED talk on learning languages, for example, discusses how translation can be used for social good, a topic doubly of interest to Spanish-learning language enthusiasts.

VICE Español has the same alternative vibe as Vice’s English brand, with a perspective that blends investigative journalism with counter-culture aesthetics. Their YouTube channel includes music videos and cultural documentaries, like this one about violence in the Mexican state of Guerrero.

The Ecuadorian Enchufe TV is a comedy channel that includes parody and sketches with a College Humor feel. Following the native speech and culturally-attuned humor may be a challenge for intermediate learners, so don’t feel bad if you need to turn on the subtitles (in Spanish) to understand videos like this one, “Drunk Uncle Tells the Story of Christmas”.

Fundéu’s YouTube channel will be helpful to learners and native speakers alike, as it investigates issues of language use and gives advice on common mistakes made even by the natives. Most helpful for learners is the recomendaciones de uso del idioma playlist, which includes videos like this one on the finer points of phrases like “pese a que” vs “pese que“.

This Chilean YouTuber has the second most popular channel on the site and the most popular in the spanish-speaking world, Latin America’s answer to the generation of solo comedians combining choppy editing and self-aware ridiculousness with first-person addresses to the camera. Many of German’s videos include typically rapidísimo Chilean speech, but despite the speed he speaks quite clearly in a way that should be understandable to upper intermediate and advanced learners.

Moreover, his videos seek to find the hilarity in everyday situations, like in this one about finding a job, that introduce native Spanish vocabulary and usage that you’ll need to describe the same situations yourself.

These 8 YouTube channels are just the tip of the iceberg when it comes to video resources for learning Spanish online. Be sure to check the “related channels” menu that comes up when you click on any of the above, and if you like learning Spanish by watching video and TV shows.

7 Hilarious Brazilian Phrases That Make No Sense in English
Comments are closed. 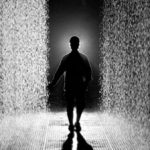 7 Hilarious Brazilian Phrases That Make No Sense in English
14 Aug, 2018 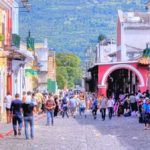 8 Spanish YouTube Channels for Learners of All Levels
24 Jan, 2015 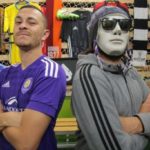 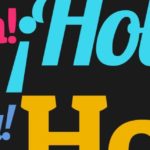 Introduce Yourself in Spanish
9 Jan, 2015

Netflixing Your Way to Fluency with Spanish Movies
9 Dec, 2014

7 Hilarious Brazilian Phrases That Make No Sense in English
14 Aug, 2018

8 Spanish YouTube Channels for Learners of All Levels
24 Jan, 2015

For the past 8 years, we ranked # 1 on the list of Communicative Latin Colleges based on an independent survey conducted by two top Brand Houses in the Foreign Language and Communicative Languages category.

Languages are all about communication, so what better way to learn Portuguese or Spanish than in a group setting?

In a group you can:

On the other hand:

Do you need training for one or more employees?

Join our Spanish courses during your gap year.

This level is aimed at students who have never had any exposure to the language, or have had some exposure, but never formally learned the language. We – literally – start from the ABC and then start to build and structure sentences. A little bit of vocab is added with every lesson; so you gradually become familiar and competent to deal with predictable and simple everyday tasks.

At the end of this level you will be able to understand, verbalise, read and write short, simple texts containing familiar vocabulary including basic terminology. The student will also understand and verbalise clear instructions, commonly used everyday phrases and expressions related to the areas of experience relevant to the student (including basic information about themselves, their families, at work, at home, animals, the calendar, fashion, food and drink, verbs, professions, locations, emotions, asking questions, expressing feelings etc.)

With our structured and easy to follow methodology, you will be able to form your own sentences (in the present tense) from as early as your 5th lesson.

During this level, the language learning process becomes even more interesting and enjoyable. The Beginners level focusses on the very basics and forms the foundation of the new language. During the Intermediate level – even though still forming part of the foundation phase – sentence structure becomes more elaborate, resulting in better and clearer expression and communication. (Reading, writing and speaking)

During this level, we continue with grammatical studies, but more emphasis is placed on communication.

After this level, the student will be able to describe experiences and events, hopes and ambitions and briefly give reasons and explanations for opinions and plans.

The student can deal with most situations which are likely to arise when travelling or entertaining. The student can establish social contact in formal and informal situations and understand the gist of clear texts, in standard language, if they involve well-known topics related to work, studies or leisure.

After the level, the student will have the ability to interact with native speakers with a sufficient degree of fluency and spontaneity to enable easy and natural communication between interlocutors; produce clear and detailed texts about various topics, defend an opinion about general topics and lastly, understand the gist of complex texts about both concrete and abstract topics, including technical texts (provided they are within the candidate’s area of expertise – in the case of learning business Vocabulary).

The student will also have sufficient linguistic competence to understand a wide variety of lengthy, and somewhat demanding texts, as well as to grasp implicit meaning in the same; to express themselves and spontaneously without apparent effort to find the right words; to be able to use the language flexibly and effectively for social, academic and professional purposes; and finally, to be able to produce clear, well-structured and detailed texts about topics of some complexity, correctly using mechanisms of organization, articulation and cohesion in the text.

The Communication levels are presented either in Groups or as Private tutoring and focus on the areas students want to work on / excel in or areas the student struggled with during the initial three levels and require assistance with.

These levels are highly recommended as a method to maintain and keep the language “alive” after students have completed their formal studies; as many students don’t have Spanish or Portuguese friends to talk with afterwards and eventually loose what they have learned due to them not being exposed to the language as frequently as during their courses.

These levels are also a perfect option for students who have studied the language in the past but had a gap in-between or for students that have lived in Spanish or Portuguese speaking countries where they have learned the language, but now find themselves back in South Africa and they need to revise and keep up with the language.